Every once in a while… and not too often, one gets the opportunity to work and play with a group of individuals who understand that a club is not just a place to show up use and abuse the facilities but who share a vision of putting in time and effort to make things better, not only for themselves, but for all involved.   The rifle shooters have found that with those who helped create the new 50 metre range and the action shooters have found it within their group as well.   On a hot muggy Sunday morning 8 members of the action shooters gave up their time and skills to build a new shrouding in the pin pit. 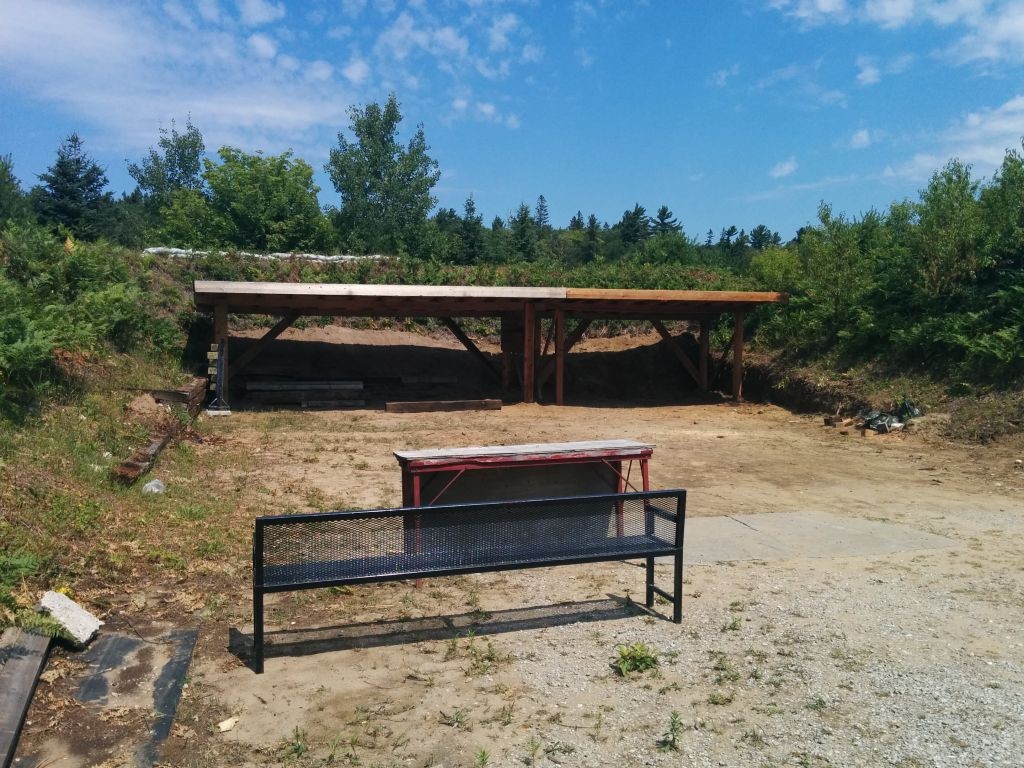 These members and others had previously removed the old structure that was starting to collapse and then set about building a structure similar to one assembled last year that now allows us to shoot steel through the whole width of our pin pit.  This is just in time for our upcoming all steel event on August 16th and allows for a wider set of practices and stages on our Monday and Wednesday nights.   Henry, Dale, Jeff, Steve, Jim, Bud, Mark and Warren contributed as they were able starting with breakfast at 7:30 and working well past the noon time cutoff.  The result is that we have a building that is now ready for the steel sheeting to be installed on the roof and some fascia boards fastened on the sides.  But perfectly usable.  No accidents and not even near misses in spite of the power tools and chain saws provided by Dale and Jeff.  Heat stoke was not likely far off for those who were bouncing around the roof though.  Even our president showed up to man a shovel and pay the bills for the plywood, screws and nails.

The great part about our group is that even those who did not participate on this Sunday morning have worked hard on other projects whether it be new mini-poppers, new barriers or additional target stands.  Every one of our regular shooters participate, not only in the shooting but the enhancement of our section.   Even those who can’t for reasons beyond their control, apologize to me, unnecessarily, when they can’t participate.  I am very proud to be part of them.  Shooting with, working with or social activities afterwards with any one or all of them.

Below are some pictures of the group hard at work and our results. 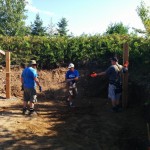 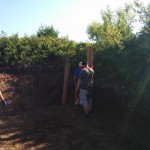 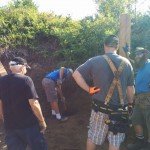 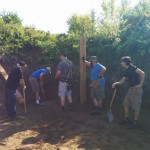 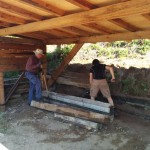 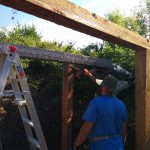 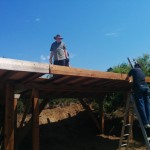 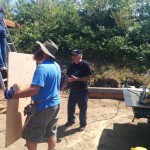 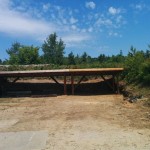