Six action shooters braved the heat and humidity on Monday night to practice moving fast across a course of fire.   Seems like we are always braving something.  Cold, rain, bugs and now heat.   It was a fairly simple course of fire with only three targets down range hidden by barrels so that you had to move across the width of the range in order to hit all three targets.   Idea was to move as quickly as possible while putting two shots into all targets.   We did have to add a second set of barrels on the last target to force the movement completely across the range.   The goal was to get a sub 4 second time which some of us did although not often with two holes in all three targets.   I believe the best time was 3.81 without a miss.  In an actual match, accuracy on a short stage like this is more important than speed but this was an exercise to improve speed.

As is often the case, a few of us recovered and rehashed a the Legion prior to heading home.   Steve, who did not shoot, met us there where we learned a few more details of his upcoming 10 day nine night trek through Lake Superior Park.   Likely on his own surviving with only what he can carry.  10 pounds of gear, 10 pounds of food.   Looking forward to pictures and tales of his adventures upon his return.

Wednesday night mini-match has been configured with a 52 round count and some very fun stages.   Stage designs are below and will be sent out in a separate e-mail to action shooters.  Also enjoy the few pictures taken during the event. 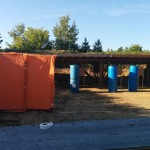 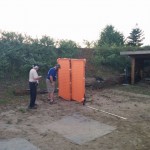 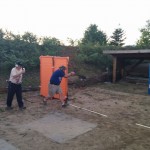 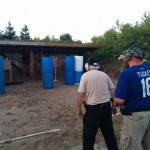 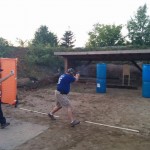 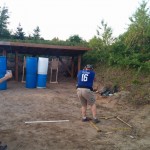 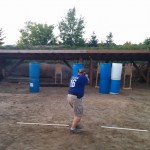 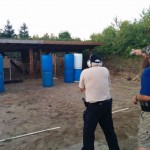 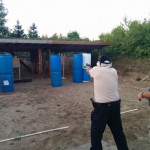 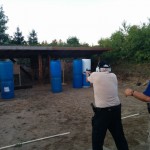 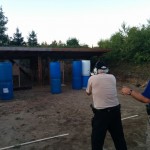 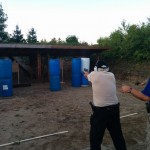 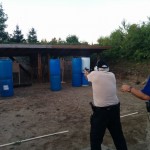