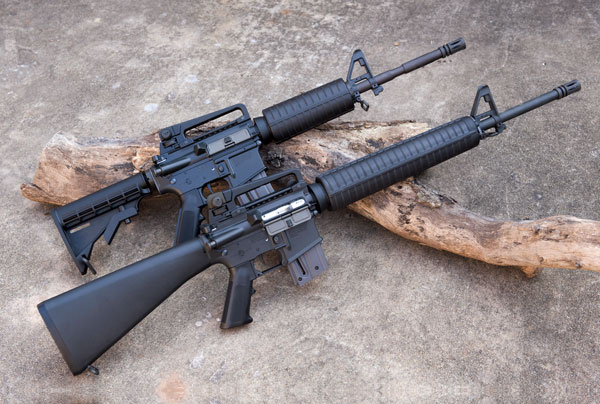 From Calibre, the Canadian Gun Magazine

For AR-15 owners, e-petition E-111 could change everything.

In case you have been living under a rock, we have a new government in Canada… and although it’s certainly a contentious matter among gun owners, one of the few things the new government has done that’s been relatively well received by all has been to proclaim the validity of electronic petitions as a method of influencing legislation. Far easier than the old paper format, the new e-petition system is more accessible in the modern era, and also provides a much easier method for special interest groups to gather support.

Why do we bring this to your attention? Because while there may be just ten e-petitions currently available for citizens to endorse online, the one that’s topping the Parliamentary charts with the most support is e-petition E-111, which reads:

Petition to the Minister of Public Safety and Emergency Preparedness

We, the undersigned, Lawful Firearm Owners of Canada, request (or call upon) the Minister of Public Safety and Emergency Preparedness to Re-classify the Armalite Rifle – 15 back to non-restricted status so we can once again use this rifle to lawfully participate in the Canadian cultural practices of hunting.

As of right now, this petition has over 11,000 signatures. It has a formal sponsor in the shape of Bob Zimmer; a Conservative MP representing Prince George – Peace River – Northern Rockies, BC. It has, in short, shown promise. So head on over to the Government’s e-petition site here and sign it. Because 11,000 might be more than any other petition… but it should be just the beginning.